How to measure and calculate social media ROI 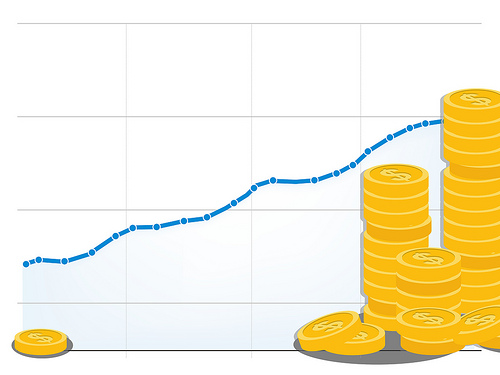 ROI is a financial concept that measures the net profit of a company, project or campaign generated in comparison with the invested costs.

Sometimes it is called profitability; ROI is Return On Investment, the profitability of an investment. ROIM, another similar concept, is when we apply the concept of ROI to marketing. It measures the impact of marketing and communication on the company results.

ROI is presented as a percentage indicating the net profit that has been generated from every invested dollar.

What is the ROI of social media?

Therefore, what we are doing is to subtract the costs to the benefits to see if the result is positive or negative, indicating whether the action adds value (your profit , net profit, or margin) or destroys it.

The ROI of a campaign is calculated by dividing your net profit by the costs of this campaign, and multiplying it by 100. Thus the ROI tells you how many pounds you get of net profit per hundred pounds of cost.

And what about the term ‘social media ROI’? Many people get upset when I say this, others get angry, and some laugh: the ROI of Social Media is the ROI measurement when the campaigns to which we refer are social media campaigns. That is, when we measure the ROI of social media activities.

Why is so important to measure the ROI of social media?

The ROI of social media tells you if the cost of your investment in social media is generating you a profit or if it is hurting your finances. Even if you arre not spending money, you think you are spending your time, and your time also has a cost: for example, rather than devote two hours a day to keep your social media presence, you might be serving as a barista, winning 20 pounds an hour.

Indeed, if you invest your time social media can get benefits. Nobody likes to lose money, but usually the amount of money devoted to social media is not very high compared to the budgets of other campaigns and marketing efforts. You should know if you are getting an adequate return on that investment, though.

I can think of thousands of questions that can be answered by calculating and comparing the ROI data. Here are some:

How to measure and calculate social media ROI

Measuring Social Media ROI, as it happens with the ROI of Marketing, is very complicated. Maybe that is why you will find on the internet countless people who either want to believe that you cannot (or should not!) measure it _as you could not measure “the ROI of a mother” or “the profitability of a hug”_  or have invented alternative metrics of dubious utility to determine if you are making or losing money with your campaign (i.e. Impact of Relationships, IOR).

However the challenge is NOT in applying the formula we all know add, subtract, multiply and divide. Further, the difficulty is NOT in getting the costs information. The difficulty resides in obtaining the information about benefits.

Do you measure your social media ROI? If not, would you like to measure it? Maybe we can help; below there is a form you can use to ask us a question for a reasonable fee.

* A version of this post was published first on Socialancer.com, 19th June 2012. Original in Spanish.

What’s this all about…

This website uses cookies to improve your experience while you navigate through the website. Out of these, the cookies that are categorized as necessary are stored on your browser as they are essential for the working of basic functionalities of the website. We also use third-party cookies that help us analyze and understand how you use this website. These cookies will be stored in your browser only with your consent. You also have the option to opt-out of these cookies. But opting out of some of these cookies may affect your browsing experience.
Necessary Always Enabled
Necessary cookies are absolutely essential for the website to function properly. This category only includes cookies that ensures basic functionalities and security features of the website. These cookies do not store any personal information.
Non-necessary
Any cookies that may not be particularly necessary for the website to function and is used specifically to collect user personal data via analytics, ads, other embedded contents are termed as non-necessary cookies. It is mandatory to procure user consent prior to running these cookies on your website.
SAVE & ACCEPT